A Short Souvenir History
St Georges Uniting Church is one of the oldest, continuously used churches in New South Wales and retains many of its original features dating back to Eden's history as a whaling centre.
St George’s began its life as a Presbyterian Church.  The first Church built after the Union of the Presbyterian Churches in NSW, it is the oldest original church building on the South Coast.

Built at a total cost of £280 the foundation stone was laid on 25/5/1865 by Mrs I. Barclay, widow of the late George Barclay, who donated the land in accordance with what she knew to be the wish of her late husband.

The church was of clay brick construction on a dry-stone foundation.  The external walls were buttressed with the windows and door arched in the Gothic style.  The original roof was of wooden shingles which later were replaced by iron roofing.

The Pulpit and Pews were constructed from red cedar by Alexander Walker Davidson, Cabinet-maker to Ben Boyd (Boydtown).  The pews were modified in 2001 by the addition of horizontal rails to hold Bibles and Hymn Books and cushioned for comfort as a result of a generous legacy to the church by the late Mr James Ford.

The original lighting was from ornate paraffin lamps suspended on chains from the roof trusses.

In the late 1930’s the church was cement rendered due to the weathering of the bricks, then in 1961, as result of termite infestation, the original roof structure and cladding was renewed and a ceiling was installed.

Communion Table:  Presented to the Glory of God in Memory of Rev James Lawton Forbes, Minister 1885-1920.

Elders’ Chairs:  Given in Memory of former members of standing in the congregation, as indicated on each plaque.

Doors separating porch and church interior date from March 1989.  Recycled from the tugboat, Henry Bolte, to be scuttled, they were lengthened and installed by Graeme Stove with lathe turned handles of osage orange by Mr Doug Ireland.  The stained glass ‘Uniting Church’ logo above was crafted by Ms Janine Davidson, 6th generation descendant of Alexander Walker Davidson, and installed for the 125th Anniversary of St George’s in 1991.

The Concrete Patio with ramp and rails together with the deck and double glass doors to ease entry into the Church Hall and kitchen was built by members of the congregation as part of his legacy and dedicated to the memory of Mr James Ford in 2004.

List of those men and women in ministry in Eden and often shared across the region. 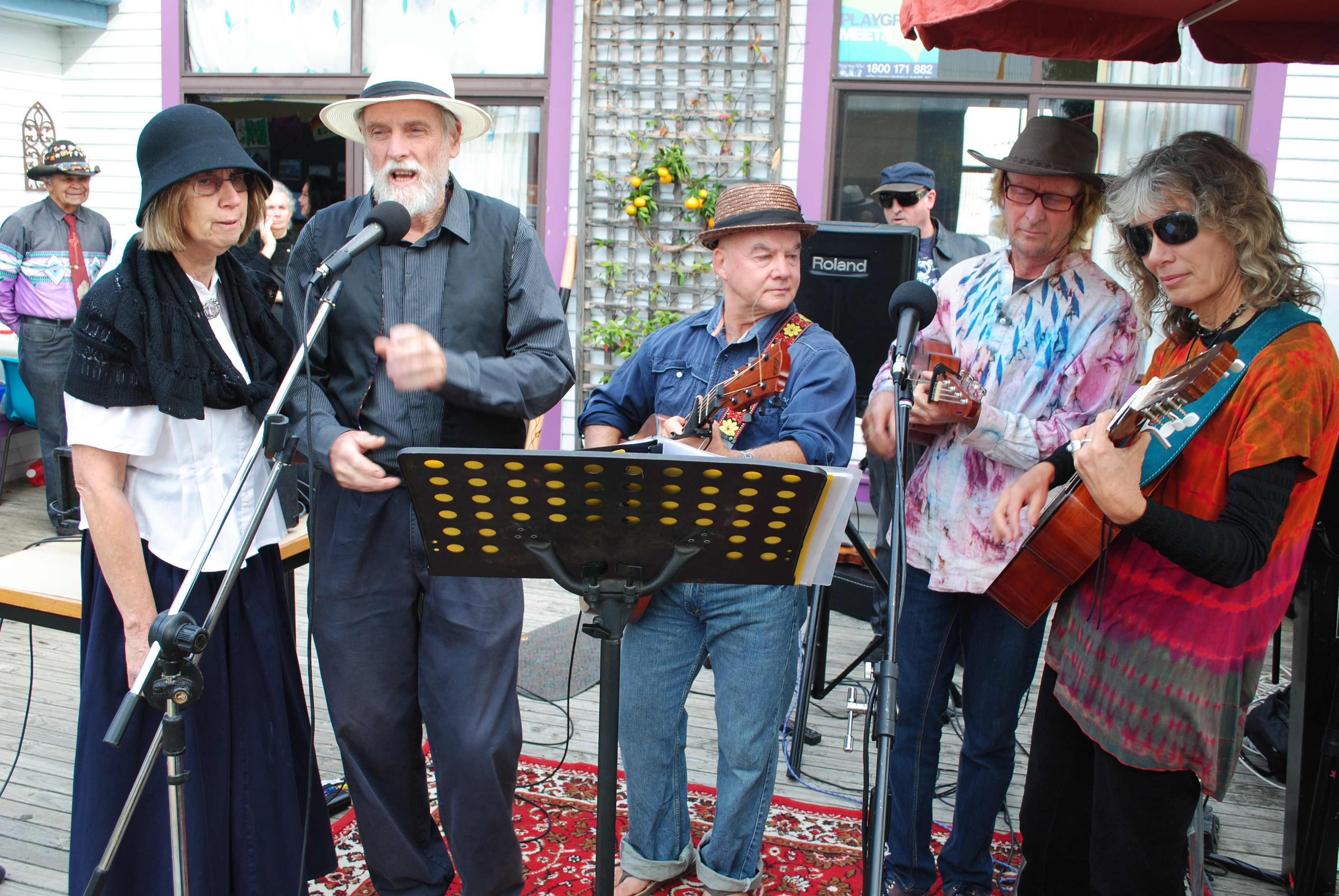